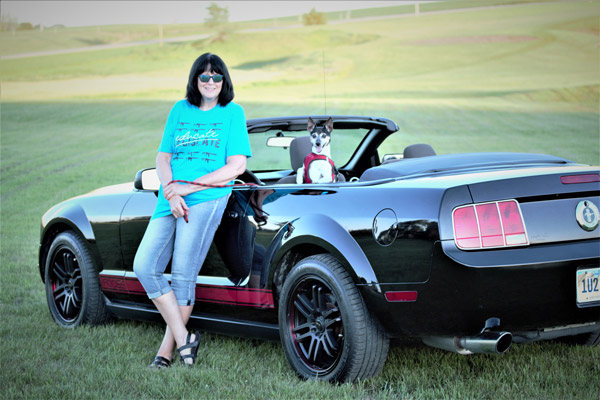 Mary has been an avid writer all her life. After graduating from Iowa State University with a B.S. in Animal Science and almost a minor in English, she pursued several careers that included selling hybrid swine breeding stock, professional resume writing, and the airline industry. Along the way she wrote numerous freelance articles, raised two rambunctious sons and showed her National Show Horses and Arabians. In 2008, on an Alaska cruise, relaxing for the first time in decades, she made the decision to pursue the career she’d always dreamed of: writing thrillers.

Consummate Betrayal introduces readers to the world of Rowan Milani, decorated FBI agent and secret, presidential assassin. Unholy Retribution explores the dark side of Rowan’s character and the catastrophic consequences of his choices. A Different Man chronicles Rowan’s determination to change course. Terminal Redemption is the most recent title of the series and follows Rowan on a globe-hopping journey toward his destiny. All of Mary’s books are available in print and digital formats.

Mary shot a pistol for the first time while researching Consummate Betrayal. The experience changed her life. She is the South Dakota State Director for the DC Project, an educational, nonpartisan initiative supporting the Second Amendment on a national and state level. She is passionate about empowering women to defend themselves and you’ll often find her at the shooting range encouraging others as they develop their skills.

Mary lives in the great state of South Dakota with her husband Ernie and Lucy, an intemperate Rat Terrier who runs their household. When she’s not working on the next installment of the Rowan Milani Chronicles, you may see her tearing up the pavement with her black Mustang convertible attempting the fine art of autocross, enjoying a glass of wine with friends or busy with her family.